Abstract: This article tackles a challenging topic: how much does Stalinist propaganda have in common with the public discourse of the Third Reich, and in what respects do they diverge? At the surface, one certainly finds striking parallels: in both codes, the general tendency to phraseological boundness results in semantically identical expressions reflecting common preference for extreme values, for semantic totality, dynamic and militaristic metaphors, etc. But if we dive beneath this surface, we will detect much more important and deeply rooted ideological divergencies, all of which are reflected in different linguistic strategies. To mention but the most salient ones among them: both systems are fascinated by modern technology, but at the same time the Nazi regime propagates the return to nature and agrarian society, which is completely alien to Stalinism. In the same vein, in Nazi propaganda the opposition „old vs. new‟ is by no means axiologically unequivocal since the cult of the new society contrasted sharply with the idealizing attitude towards the myths of Germanic history, which produced a revival of archaic social terms; again, this had no counterpart in Soviet Union, even if the rise of Soviet patriotism also led to the reevaluation of Russia‟s feudalistic past and engendered an archaizing “Soviet folklore” as the most exotic flower of propaganda. The same contradictory attitude marked the Nazi attitude to science: on the one hand, it served as the source of technological success, on the other hand, the Nazi propaganda praised the role of instinct as the decisive force; again, this kind of antiintellectualism was totally absent in Soviet Union. And finally, the linguistic manifestation of the mechanisms of terror (image of the enemy) and of the cult of personality in both systems reveals a host of essential divergencies which in the final account prevail on the seeming parallels 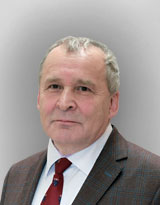